One of the game’s best features is being able to make your ideal “Strike Force” ever wanted to have Spiderman and the Deadpool teaming up to fight Elektra? With a lot of Heroes and Villains to choose from you can make your own dream team or even try to re-create legendary battles. 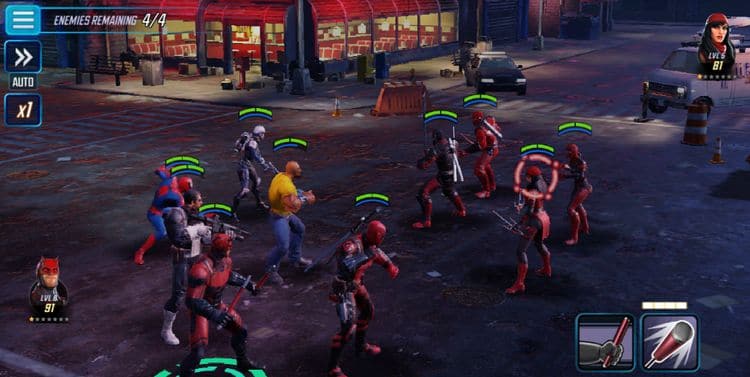 The game has the right amount of action and is fast paced with amazing 3D visuals,and an addictive turn-based combat system.

In honor of Earth Day, Marvel Strike Force is doing an in-game event where donations made by the Alliance in the Marvel Strike Force game, will provide more prizes and winnings for Alliances and players that take part of this. Starting last April 24th and lasting for a week, one is able to earn currency called the Silver Promotion Credits and higher amounts of Gold when the Alliance that you are part of reaches boxes of rewards that go beyond 3-5. You can grind and work through all the limit of 5 reward boxes per daily with the Alliance you are a part of to earn more of the special Silver Promotion Credits to level up to a 5-Red Star Marvel character of your choosing. To participate in this limited event you must be in an Alliance first!

If you don’t know what an Alliance is, it is considered a guild system for Marvel Strike Force. Up to 24 people can be in one Alliance and you must be at least level 20 to join, it may seem steep but the benefits are great such as being able to participate in Alliance Raids and Alliance Wars, and it allows you to use the Alliance Donation function.

You can choose to donate either Cores: Power, or Gold. This will allow you to earn Alliance Credits which you can use to spend on items such as Stark Tech and Alliance experience, which can be used to level up the Alliance.

The villain Ultimus has conquered countless other dimensions and has enslaved and brainwashed countless heroes and is now headed to the player’s home planet. Nick Fury has mobilized the alternate-reality black ops force STRIKE to protect this particular Earth, which is the nexus to all worlds.You play the role of Commander and do various missions and battle’s to free the heroes and add them to your STRIKE team in your quest to defeat and stop Ultimus. 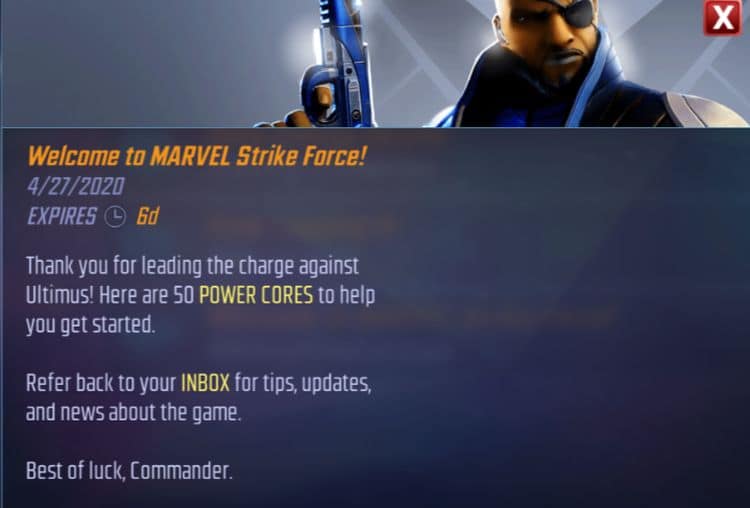 There are 5 classes in Marvel Strike Force and the best Strike Team always has one of each. 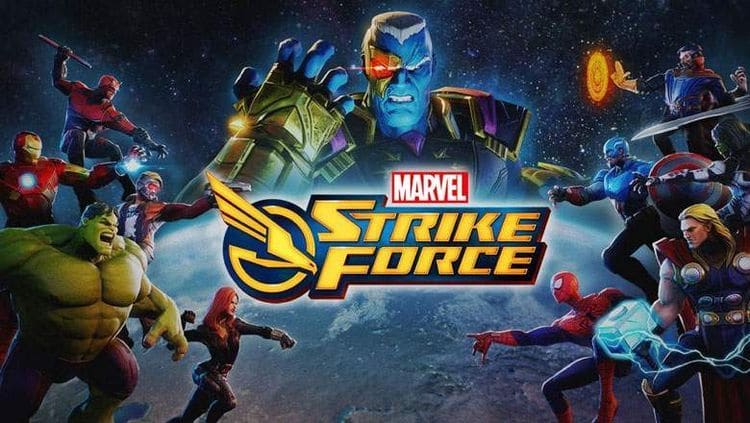 Make sure to plan your team accordingly before you take on a mission.

What Else To Expect from Marvel Strike Force?

For those of you still starting out in the world of Marvel Strike Force and are unable to join in on the Earth Day event fret not. There are more incoming events that you can do to catch up.

Chaos Theory is a new event that will be starting this month. To join this amazing event, the player needs at least 4 Wakanda characters on the Marvel Strike Force roster with 1-3 tier star requirements increased by 1 for every tier. For tier 4-7 you will need a full party of Wakandans. Also for those who missed Shuri, her Legendary event will return during the Chaos Theory event so now is the time to get this awesome support!

Currently  there are only 5  Wakanda characters available in the game at the time this article was written.

*Note character abilities and damage are at Max level*

Also for those who have not gotten Shuri yet her Legendary event will return during the Chaos Theory event so now is the time to get this awesome support!

And to help Commanders with their character recruitment all campaign nodes featuring Wakandan characters will get you double character shards which can be used to unlock these heroes or villains.

Here’s a breakdown of the prizes you can earn per tier.

For Running it Once: 10 Silver Promotion Credits.

For Running it Once: 20 Silver Promotion Credits.

For Running it Once: 20 Silver Promotion Credits.

For Running it Once: 20 Silver and 10 Gold Promotion Credits.

For Running it Once: 25 Silver and 20 Gold Promotion Credits.

For Running it Once: 30 Silver and 30 Gold Promotion Credits.

For Running it Once: 75 Silver and 40 Gold Promotion Credits.

With Shuri’s Legendary event, here’s a little guide for those who do not want to miss out on this amazing Support from Wakanda especially if you plan to do the Chaos Theory event. 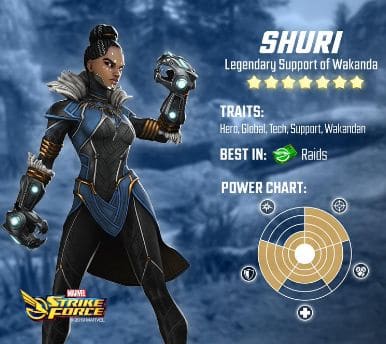 Shuri is a Legendary character that means she unlocks at 5 star.You will also need 5 Spiderverse characters to be able to enter. The event is divided into 7 tiers. With each tier you clear certain conditions must be met before you can attempt to go further. 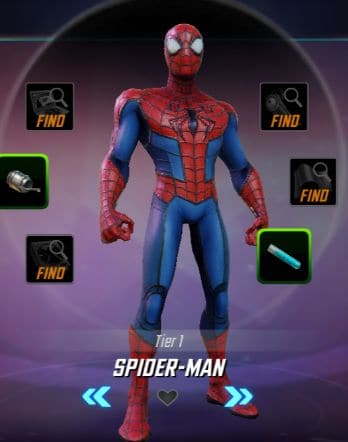 You can get Spiderverse characters like Spiderman, Miles Morales and Rhino from the Blitz Store to start you off.

Here are the requirements and best Level to attempt each tier.

You only need to complete the first 5 Tiers to unlock her, but progressing further will allow you to increase her stars.