Get your blades ready and guns blazing with the latest updates from one of the Editor’s Choice and 4.5 star action game, Soul Knight! From developers ChillyRoom Inc., this alien hunting game for Android and iOS was first launched on February 17, 2017. Currently, it has more than 10 million downloads combined on the Google Play Store and Apple App store. Similar to the … END_OF_DOCUMENT_TOKEN_TO_BE_REPLACED 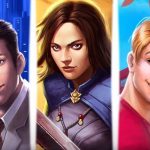 Choices: Stories You Play is an app game for Android and Apple created by Pixelberry Studios in 2018. The game has over a million downloads on Google Play with about a 4/5-star rating. Choices is a role-playing story-telling game. It’s very similar to the “choose your own adventure” genre of books, only better. With Choices, you not only get to choose certain actions to … END_OF_DOCUMENT_TOKEN_TO_BE_REPLACED 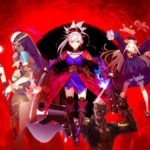 Like your games grand and full of re-imagined legendary characters in real life lore to fight with? Check out Fate/Grand Order especially with their newest event inspired from their anime series of the same name! For the uninitiated, Fate/Grand Order is a mobile game from developer Delightworks and publishers Aniplex. The game’s story is based on the Fate franchise by … END_OF_DOCUMENT_TOKEN_TO_BE_REPLACED 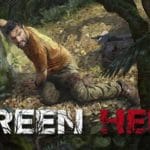 Survival games became a huge genre over the last years. We can see that there are many types of survival games nowadays. Some of these games are even multiplayer. These games are speaking to the primal instincts of us, surviving is the best thing humans do. We have seen tribes surviving for thousands of years in the same location. Mainstream media also loves the idea of anyone … END_OF_DOCUMENT_TOKEN_TO_BE_REPLACED